Where we came from and how we got where we are today.

How we see our role in the cannabis industry.

How it all started — who we are and how we got here.

Read our articles from with insight to the inner workings of our industry and culture.

Distribution across the US and Canada.

We distribute over 200 of the world’s leading cannabis brands featuring over 10,000 products.

Discover our portfolio of exceptional products for the sophisticated user.

With over 10,000 products, BOBHQ distributes to head shops and smoke shops all provinces across Canada.

Our US based wholesale and distribution company servicing smoke shops and dispensaries across all 50 states.

The keys to our long term success in the cannabis industry.

Join us at our upcoming events.

Published:
at
8:00 am
EST
Read on Newswire

“During the quarter, Humble made meaningful progress towards our goal of becoming profitable by realigning our corporate structure and operations, while focusing on market expansion. Over this period, we have maintained stable revenue while absorbing one-time costs associated with the restructuring. While these costs have been significant, we believe the changes we are implementing now, will benefit the business as we go forward. Already, these changes have led to the optimization of our operations, improved our product portfolio, and put the team in place to drive the organization to the next level. As a result of these changes, we anticipate annualized efficiencies of approximately $3-5 million.”

Mr. Toguri continued, “As we look ahead to our aggressive U.S. growth strategy, we have appointed seasoned veteran, Jessica Hulser as General Manager of our U.S. operations. Jessica’s priority will be to focus the operations, increase sales, and drive our expansion into cannabis distribution in the U.S., starting with California. Jessica has extensive experience in the distribution market from her time with Johnson Brothers. Jessica has expertise in optimizing and restructuring operations and driving profitable growth. We are excited to see the transformation she will have on our U.S. subsidiaries. We remain aggressively focused on becoming the leading cannabis distributor in North America.”

The Company announces that as of February 25, 2022, President and Founder of Windship Trading, Nathan Todd, has stepped away from his position with Humble to explore new opportunities. Mr. Todd will maintain his role on the Board of Directors.

Mr. Toguri concluded, “We want to thank Nathan for his years of leadership and his dedication to building a strong cannabis accessories distribution company. As a passionate advocate and supporter of the cannabis industry, Nathan’s legacy will remain strong as Humble enters its next phase of growth.”

In the second quarter, gross profit was $2.4 million, which resulted in a gross margin of 14%, compared to $4.2 million, or a gross margin of 25%, year-over-year. The decrease in gross profit margin is primarily due to a change of the company’s inventory impairment provision of $.366 million along with sale of related clearance inventory of $.477 million resulting in a total net impact to gross profit of $.843 million. Gross profit decreased 12% of the six months ended December 31, 2021 compared to the same period prior year, as a result of the sale of related clearance inventory.

Operating loss for the quarter increased to $4.1 million from $1.3 million compared to the same period in the prior year. The increase in operating loss was driven primarily by restructuring costs, such as severance and rent impairments, and legal fee’s related to deal transactions.

EBITDA and Adjusted EBITDA are financial measures that are not defined under IFRS. We define EBITDA as net income (loss), or “earnings”, before interest, income taxes, depreciation and amortization. We define Adjusted EBITDA as EBITDA before: (i) finance expenses (ii) fair value adjustments; (iii) share-based compensation expense; and (iv) foreign exchange (gain) loss. We believe Adjusted EBITDA is a useful measure to assess the performance of the Company as it provides more meaningful operating results by excluding the effects of expenses that are not reflective of our operating business performance and other one-time or non- recurring expenses, and also provide additional perspective and insights when analyzing the core operating performance of the business. These supplemental non-IFRS financial measures should not be considered superior to, as a substitute for or as an alternative to, and should only be considered in conjunction with, the IFRS financial measures presented herein.

This news release contains "forward-looking information" within the meaning of applicable securities laws relating to the Company’s growth and strategic plans for each of its business segments, including distribution of cannabis in the United States and the strategic focus in the United States, as well as expected future results. Any such forward-looking statements may be identified by words such as "expects", "anticipates", "intends", "contemplates", "believes", "projects", "plans" and similar expressions. Readers are cautioned not to place undue reliance on forward-looking statements. Statements about, among other things, Humble & Fume Inc.'s strategic plans including future growth opportunities and strategies in the United States are all forward-looking information. These statements should not be read as guarantees of future performance or results. Such statements involve known and unknown risks, uncertainties and other factors that may cause actual results, performance, or achievements to be materially different from those implied by such statements. Although such statements are based on management's reasonable assumptions, there can be no assurance that such forward-looking statements will occur as described herein. The Company assumes no responsibility to update or revise forward-looking information to reflect new events or circumstances or actual results unless required by applicable law. Readers are encouraged to refer to the Company’s disclosure available on its SEDAR profile (at www.sedar.com) for information as to the risks and other factors which may effect the Company’s business objectives and strategic plans. 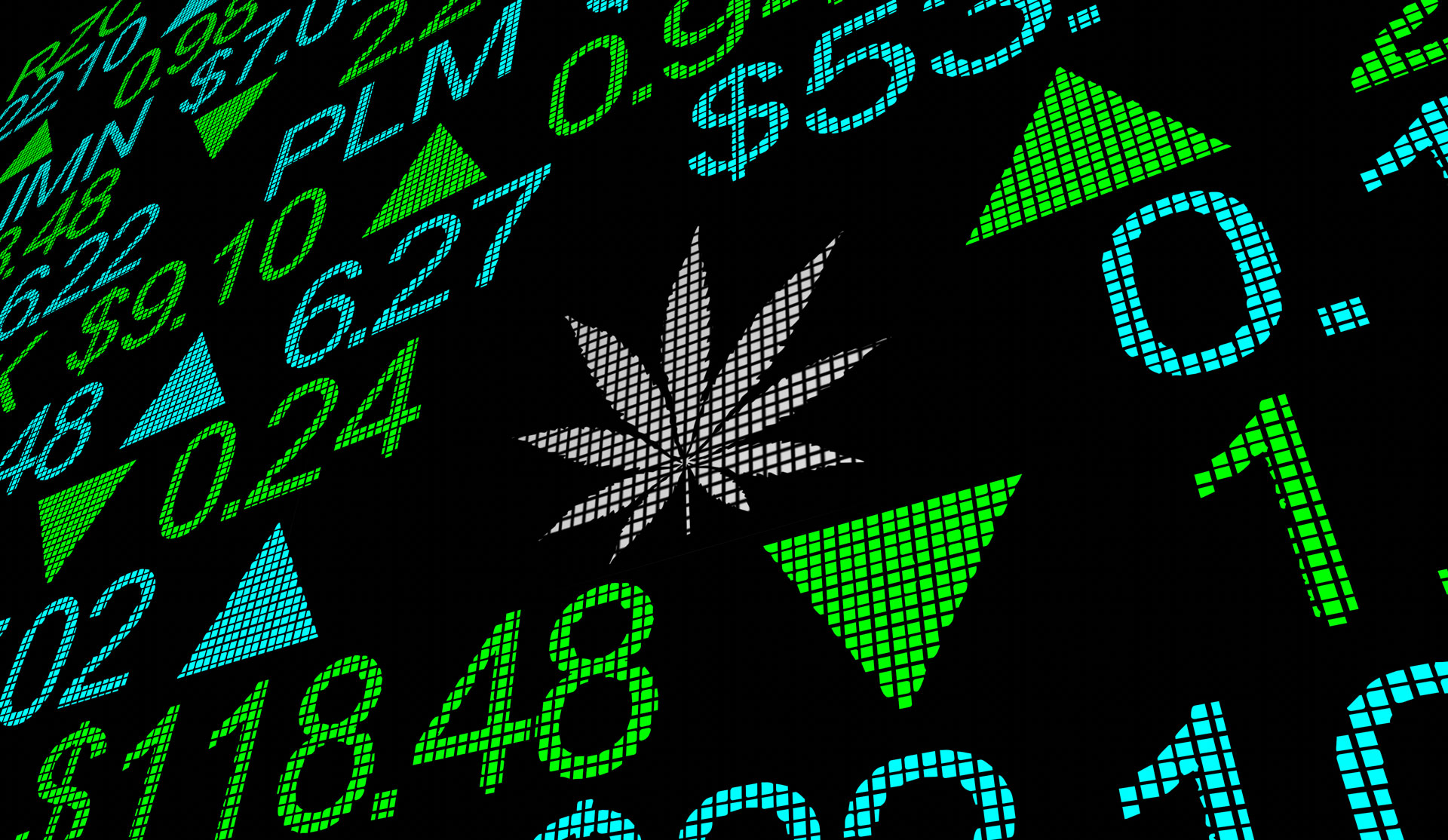 Green Acre Capital Distribution Corp. Makes an Additional Investment of US$6 Million, Increasing Its Interest in the US Distribution Joint Venture to 45%

Toronto, Ontario – September 13, 2022 ─ Humble & Fume Inc. (CSE:HMBL; OTCQX: HUMBF) (“Humble” or the “Company”), a leading North American distributor of cannabis and cannabis accessories, announced today that, further to the Company’s press releases of November 15, 2021, and April 25, 2022, it formed HC Solutions Holdings Inc., a Joint Venture (“JV”) with Green Acre Capital Distribution Corp. (“Green Acre”), for the purpose of distribution of cannabis, initially focused on accelerating the Company’s expansion into cannabis distribution operations throughout the United States in California. Subsequent to the formation of the JV, Green Acre previously completed a US$2 million investment directly in the JV and is now investing a further US$6 million into the JV to increase its ownership interest to 45%. Green Acre has funded its investment through an option agreement with Johnson Brothers, a leading wine, spirits, and beer distributor in the United States. Further information on the JV, Green Acre and Johnson Brothers is set out in the Company’s November 15, 2021, and April 25, 2022 press releases.

TORONTO, September 9, 2022 /CNW/ - Humble & Fume Inc. (CSE:HMBL, OTCQX: HUMBF) ("Humble" or the "Company"), a leading North American distributor of cannabis and cannabis accessories, is pleased to announce it has entered into a new revolving credit facility pursuant to the terms of a loan agreement that provides for a $2,000,000 secured revolving credit facility (the "Credit Facility").

We'd love to hear from you.

We understand that your investment decisions should be as informed as possible. Please reach out to us with any questions you may have about how we conduct business, and we’ll provide you with clear, transparent and concise answers.
‍
Thank you for your interest in Humble & Fume Inc.

Thank you! Your submission has been received!
Oops! Something went wrong while submitting the form.